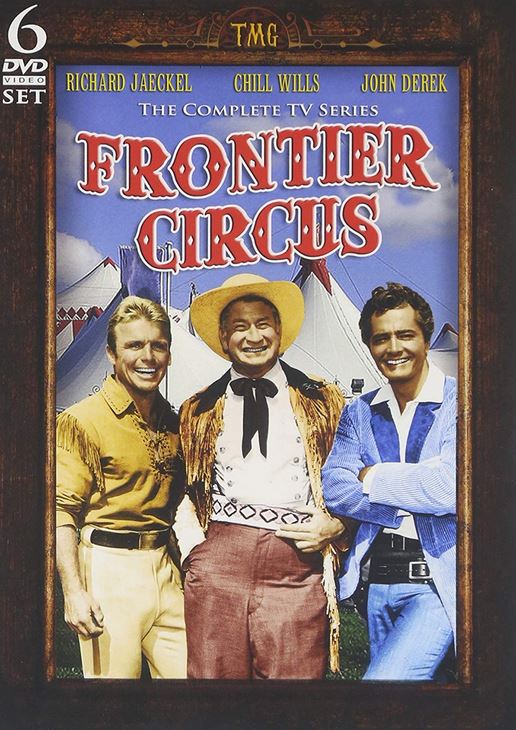 Set in the Southwest during the late 1800’s, Frontier Circus was a cross between a circus drama and a traditional western. The T&T Circus, operated by Colonel Casey Thompson (Chill Wills), traveled from town to town in a wagon train, entertaining the recent arrivals with animal acts and typical circus extras. Of course, the West being the West, the circus often ran into trouble. Ben Travis (John Derek) was the straw boss who supervised the workmen, and Tony Gentry (Richard Jaeckel) was the advance man. Rounding out the regular cast was veteran character actor J. Pat O’Malley as hired hand Duffy. Along the way, many notable guest stars "ran away" to the circus, including Aldo Ray, Harry Carey, Jr., Brian Keith, Vera Miles, Rip Torn, Cloris Leachman, Claude Akins, Stella Stevens and a unique star turn by Sammy Davis, Jr. Although Frontier Circus ran for only one season, its place in the history of the television western is secure.