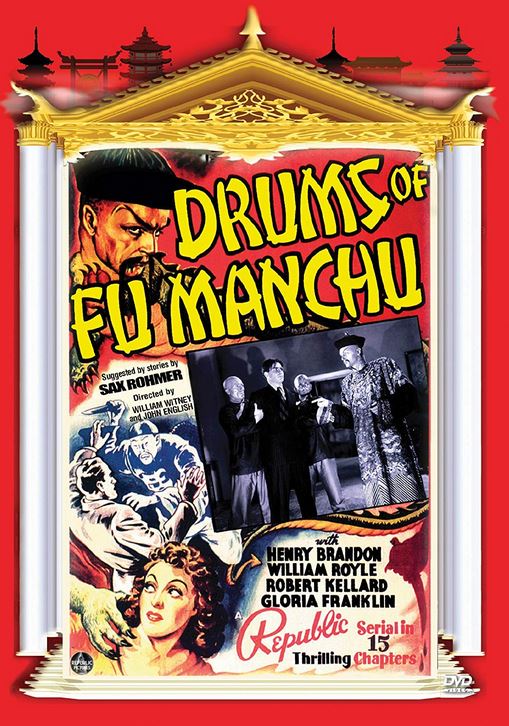 In order to gain complete control of the barbaric bond of Asia, the nefarious Fu Manchu (Henry Brandon) must acquire the fabled scepter of Genghis Khan. To find the lost tomb housing the scepter, he must first locate and assemble the Cardack segment, which will disclose the location of the tomb. Opposing him is his old nemesis, Sir Nayland Smith (William Royle) and Allen Parker (Robert Kellard). The adventures range from the United States to Asia, and contain some of the most fiendish cliffhangers ever put on film. William Witney, the greatest director of movie serials considered this to be his and Republic’s best work. A gem from the golden age of movie serials: slick direction, the look of a big budget production, a diabolical villain, and lots of imaginative cliffhangers.