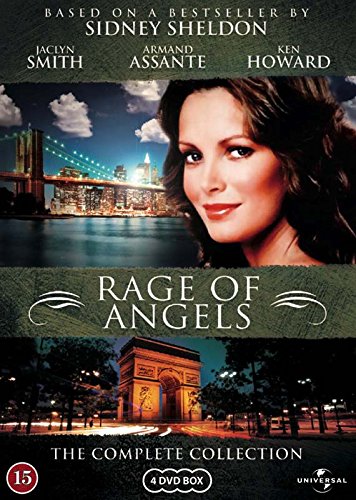 -Rage of Angels
Based on Sidney Sheldon’s novel. A young assistant district attorney (Parker) is used by a ruthless attorney (Morell) to get his client off. She is fired and almost disbarred, but fights back to become a top attorney, torn between two lovers: Morell and a married lawyer with political aspirations (Warner).

Rage of Angels: The Story Continues
When a mobster is about to be indicted, one of his people James Moretti thinks he can get to Adam Warner, the vice President to stop it. So he arranges for lawyer Jeniffer Parker to get a job at a prestigious law firm. He knows Parker had an affair with Warner and Warner is the father of her son. When she meets him, she has nothing but contempt for him because his brother tried to kill he. Moretti thinks that Parker owes him so he tells her to tell Warner to stop the indictment. Parker reconnects with Warner much to the consternation of his wife.