Sit Down Shut Up COMPLETE S01

Sit Down Shut Up COMPLETE S01 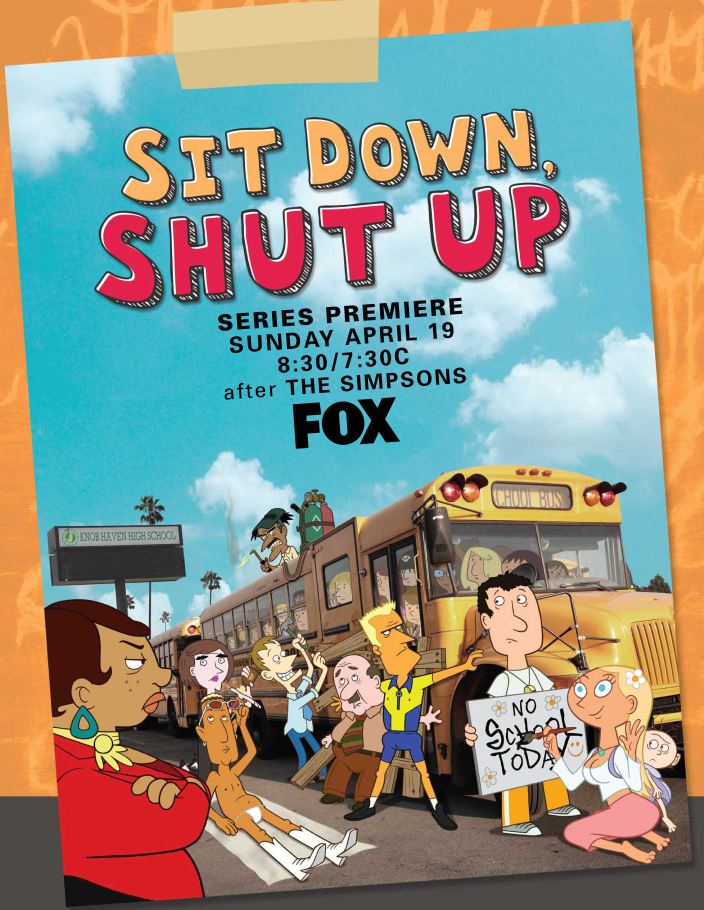 Sit Down, Shut Up is an animated comedy about the lives of eight staff members at a high school in a small northeastern fishing town based on the short-lived Australian animated sitcom of the same name. Sue Sezno (Kenan Thompson) is the acting principal — the principal is recovering from an incident involving getting lacerated during a stage version of Edward Scissorhands– and a woman who frequently says "no"….