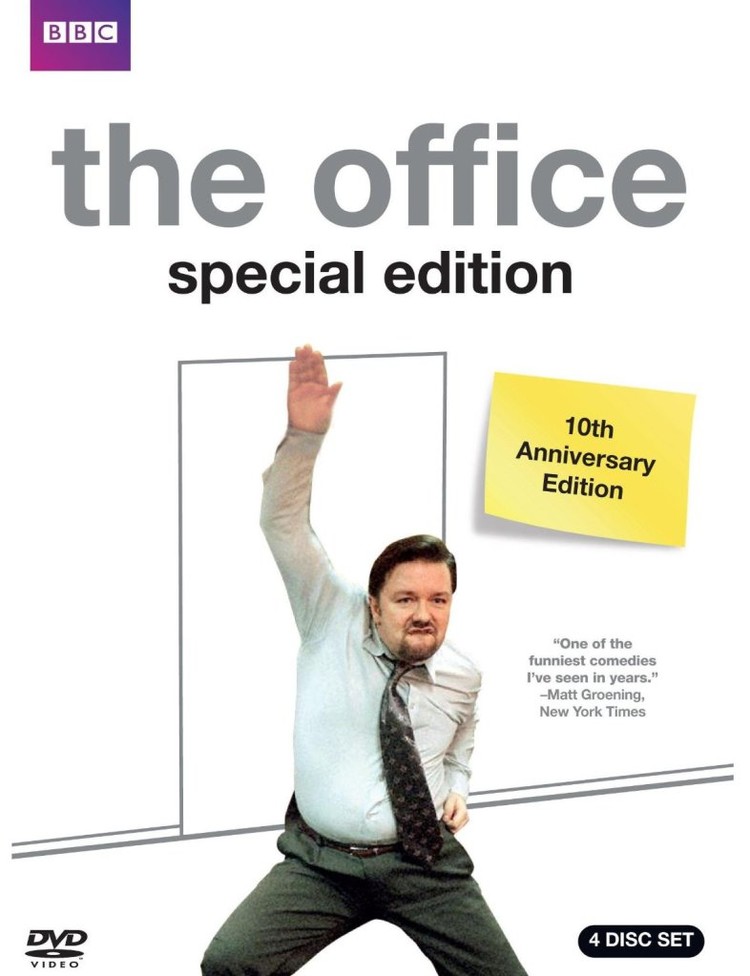 A mockumentary about life in a mid-sized suboffice paper merchants in a bleak British industrial town, where manager David Brent thinks he’s the coolest, funniest, and most popular boss ever. He isn’t. That doesn’t stop him from embarrassing himself in front of the cameras on a regular basis, whether from his political sermonizing, his stand-up ‘comedy’, or his incredibly unique dancing. Meanwhile, long-suffering Tim longs after Dawn the engaged receptionist and keeps himself sane by playing childish practical jokes on his insufferable, army-obsessed deskmate Gareth. Will the Slough office be closed? Will the BBC give David a game show? Will Tim and Dawn end up with each other? And more importantly, will Gareth realize what a hopeless prat he is?