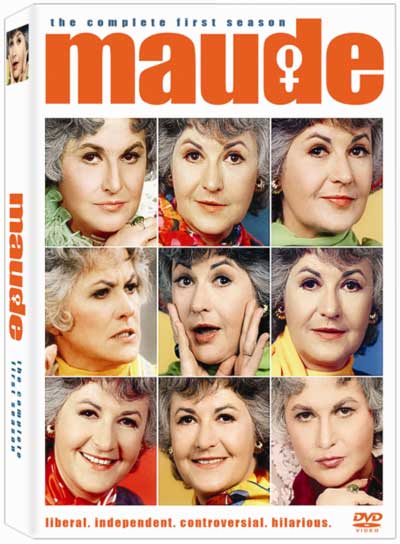 This "All In The Family" spin-off centers around Edith’s cousin, Maude Findlay. She’s a liberal independent woman living in Tuckahoe, NY with her fourth husband Walter; owner of Findlay’s Friendly Appliances, Carol Trainor; Maude’s divorced daughter from her 2nd marriage and Philip; Carol’s son. Other characters included: Dr. Arthur Harmon; Walter’s conservative best friend from their Army days. He and Maude were always at odds when it came to politics and just about everything, Vivian Cavender-Harmon; Maude’s naieve best friend from their college days who married Harmon in season three; During the show’s run, Maude had gone through three maids during the series run: Florida Evans, Nell Naugutuck and Victoria Butterfield. Mrs. Naugutuck and Florida, however, were the most memorable. Although it was a situation comedy, it dealt with serious and often controversial issues…