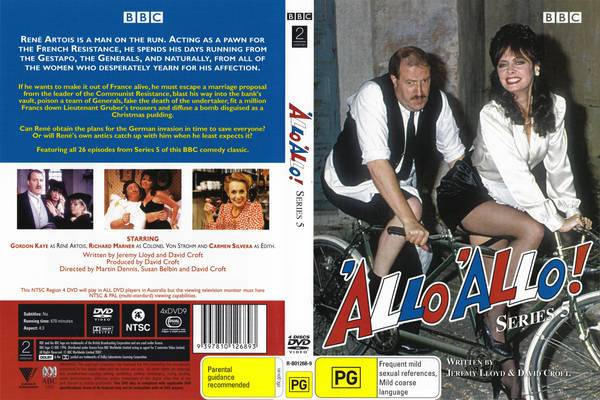 Rene Artois runs a small cafe in France during World War II. He always seems to have his hands full: He’s having affairs with most of his waitresses, he’s keeping his wife happy, he’s trying to please the German soldiers who frequent his café, and he’s running a major underground operation for the Resistance. Quite often, the Germans’ incompetence itself is what nearly lands René and his cohorts in hot water; they are not helped either by the locals, who are dreadfully keen to get rid of the Germans, but their blatant and theatrical attempts at espionage and secrecy often create problems that René must solve quickly.