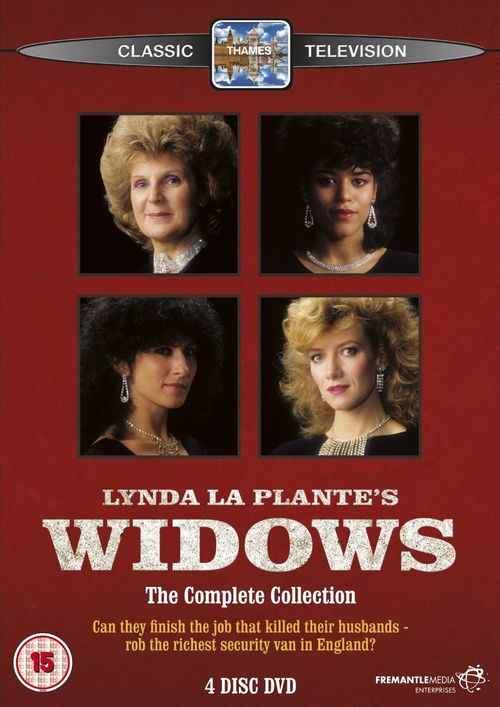 Three armed robbers, Harry Rawlins, Terry Miller and Joe Pirelli, die when the security van that they are robbing catches fire in the Kingsway Tunnel in London. Their widows, Dolly Rawlins, Shirley Miller and Linda Pirelli, find their husbands’ plans for the robbery and decide to stage it themselves. They enlist the help of a fourth woman, Bella O’Reilly and succeed in making off with the cash. Then Dolly learns that her husband didn’t die in the robbery. And now he wants his money back…

Having successfully robbed a security van [see _”Widows” (1983) (mini)_], Shirley Miller, Linda Pirelli and Bella O’Reilly have escaped to Rio de Janeiro, leaving Dolly Rawlins in London to hide the bulk of the cash. Harry Rawlins learns of his wife’s part in the robbery and is prepared to go to any lengths to get back what he regards as rightfully his. But Dolly is not ready to give up without a fight. She hires a private detective, Vic Morgan, to watch Harry, and learns that he is planning another robbery, this time of jewels at a fashion show. Having pre-empted his plans by performing the robbery themselves, the women plan to incriminate Harry by handing over some of the security van cash to him and then calling the police. However things go tragically wrong and Linda is killed. Angered at this, Dolly arranges to meet Harry on Hampstead Heath. A shot is fired…

Dolly Rawlins has just been released from prison after serving nine years for the murder of her husband, Harry, following a robbery that she and several other women had carried out on a security van that Harry was planning to raid [see _”Widows” (1983) (mini)_ and _”Widows 2″ (1985) (mini)_]. Having acquired a reputation in prison as a dominant and respected figure, and being apparently now a reformed character, Dolly teams up with a number of other ex-convicts: Gloria Radford (who had fenced stolen guns), Ester Freeman (who ran a brothel), Connie Stevens and Angela Dunn (prostitutes), Julia Lawson (a drug dealer) and Kathleen O’Reilly (a forger). Dolly and the other women make plans to set up a children’s home in a derelict Victorian house. But Dolly is planning one final armed robbery on a mail train. The other women want a share in the proceeds in this robbery… but they are also secretly planning to get their hands on Dolly’s money and jewels from the previous robberies.