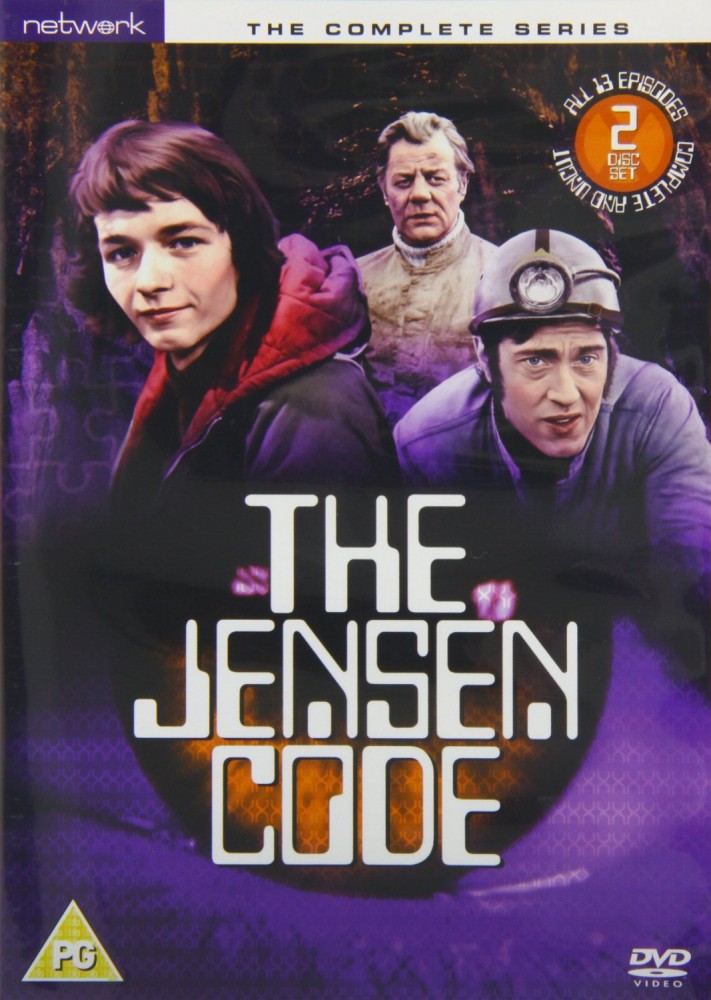 Sixteen-year-old Terry Connor is sent, along with some friends, to an Outward Bound centre. On his first day there Terry is taken potholing by the senior instructor, Alex. All goes well until, 100 feet underground, Alex goes to search for the torch that Terry has dropped. Hours pass, and, to Terry s shock, when Alex finally returns he has no recollection of having been absent. Terry suspects something sinister is taking place it is surely no coincidence that there is a secret Ministry of Defence establishment nearby. But just how dangerous his curiosity will be becomes clear when he learns the truth about the ‘Jensen Code’… The Jensen Code was a highly unusual children s thriller, written by Carey Harrison (author son of actor Rex Harrison), and starring David (Dai) Bradley, the BAFTA-winning young star of Kes, as the teenager who unwittingly uncovers a terrifying space-age espionage project.