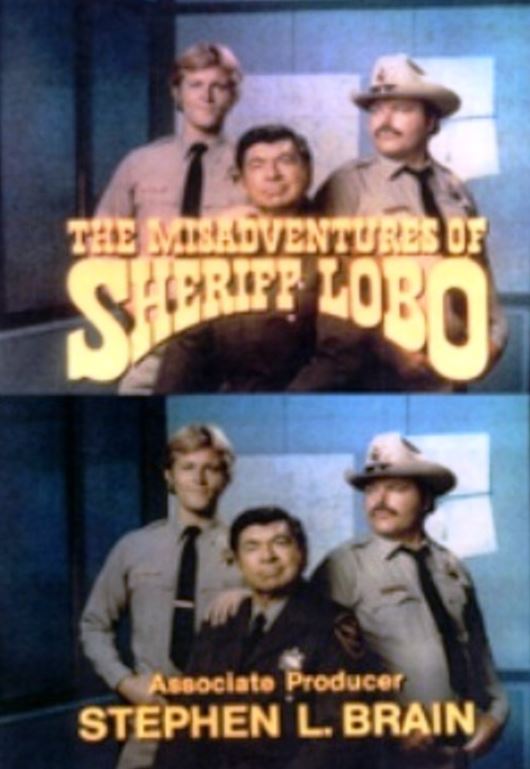 Sheriff Lobo’s the corrupt sheriff from Orly County who appeared in several episodes during the first season of B.J. and the Bear (1978), as B.J.’s occasional nemesis. He now stars in his own series. He is not as corrupt as he was on B.J.’s show, but he is still trying to make a buck by cooking up schemes or hoping to be given the reward money for property he recovers or criminals he apprehends. He is foiled either by the bumbling antics of his deputy, Perkins, or the integrity of his other deputy, Birdie Hawkins. During the show’s second season, the naive Governor, who was visiting Orly, was impressed by Lobo’s unorthodox methods, appoints him to his crime fighting task force and sends Lobo, Perkins, and Birdie to Atlanta. Now the chief of detectives, whom Lobo reports to, is incredulous as how Lobo can help him, especially after meeting Perkins, so he doesn’t assign them to anything important. So Lobo has to steal or grab a case on his own and hopes that the Chief will be impressed….