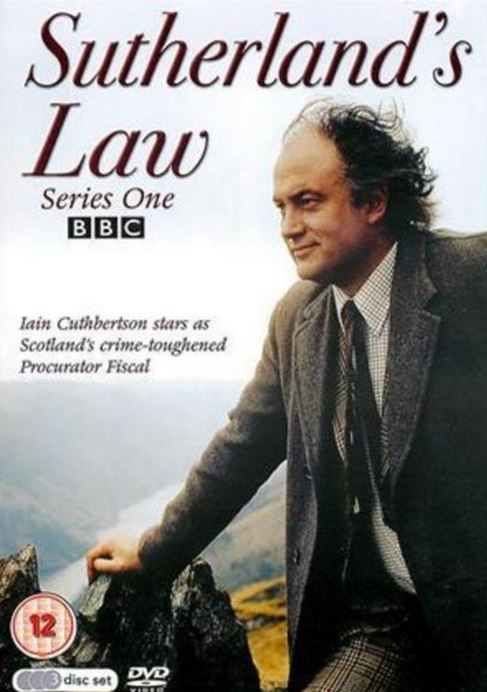 Sutherland’s Law is a television series made by BBC Scotland between 1973 and 1976.
The series had originated as a stand alone edition of the portmanteau programme Drama Playhouse in 1972 in which Derek Francis played Sutherland and was then commissioned as an ongoing series. The producer was Frank Cox.
Sutherland’s Law dealt with the duties of the Procurator Fiscal in a small Scottish town. The major cast members included Iain Cuthbertson (as John Sutherland), Gareth Thomas, Moultrie Kelsall, Victor Carin, Martin Cochrane, Maev Alexander and Edith MacArthur.