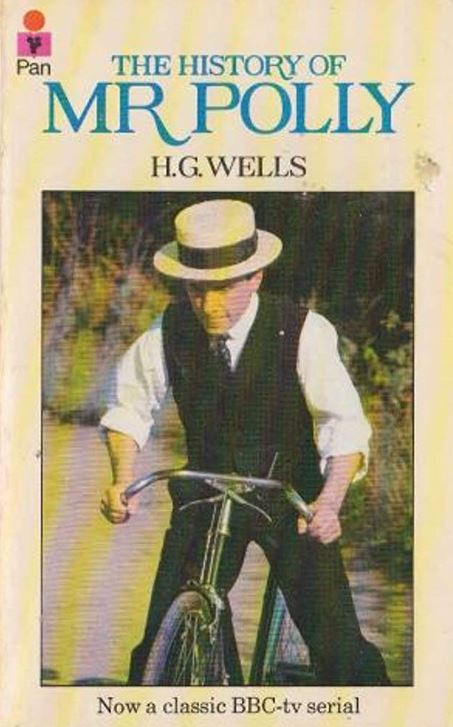 Mr. Polly, a somewhat na’ve and idealistic shop assistant, is sacked from his job and remains jobless for nearly two years. However, help arrives in the unlikely form of a sizeable inheritance following the death of his father. He is advised to invest his money in a shop but instead decides to buy a bicycle and travel the byways of the local area to meet people. Even this brings him no luck in love and so eventually agrees to marry his cousin, an arrangement that turns out badly for both of them. After fifteen years in a loveless and childless marriage, he decides that suicide is the best answer for all concerned but he can`t even do that successfully so takes to the road on his two-wheeled friend.