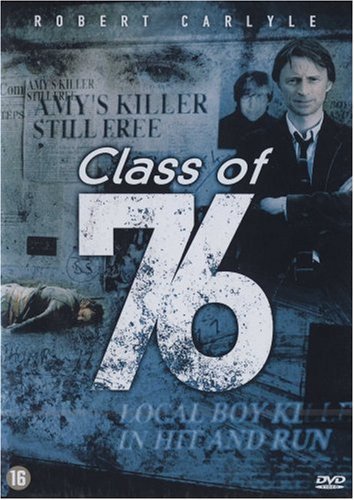 Cars swerve to avoid an agitated man wandering on a freeway until the man is hit by a truck and killed. Eyewitnesses said the man, Pat Fisher, was clearly disturbed, and some on the police force think that no other explanation or investigation is necessary– except for Detective Tom Monroe (Robert Carlyle, The Full Monty). Finding newspaper clippings, class photos and tape recordings about Fisher’s classmates dating back to 1976 in the dead man’s apartment, Monroe discovers three other mysterious deaths among the class. Soon the deaths and their strange circumstances, which date back to the kidnapping and murder of 10-year-old Amy Irvine, begin to haunt the detective as much as they did Fisher. In this tense, gripping psychological thriller, Monroe must unravel the mystery of the Class of ’76 before, as Fisher warns from beyond the grave, "It won’t be suicide, won’t be an accident. Every one of us, murdered