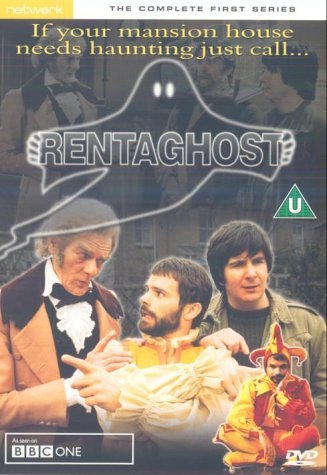 Harold and Ethel Meaker live in South Ealing and run ‘Rentaghost’ where they rent ghosts out to the public. Over the years many ghosts came and went but the main Rentaghost crew consisted of – Timothy Claypole – A jester at the court of Queen Matilda (The Dreaded Tyrant of the Twelfth Century) Hazel the McWitch – The ghost of a Scottish witch who was recruited during the rentapotion venture Nadia Popov – A Dutch ghost who still suffered from hayfever and had a habit of ‘popping off’ whenever she saw a flower Fred Mumford – Originally founded Rentaghost after becoming a ghost in a shipping accident six months previously and runs the business for a short time. Hubert Davenport – A distinguished Victorian gentleman. The Meaker’s next door neighbours, Rose and Arthur Perkins, were convinced that the Meaker’s were a pair of nutters and hired a private detective then tried to get a psychiatrist to convince them that they needed treatment. Harold Meaker – Originally the spooks landlord but …