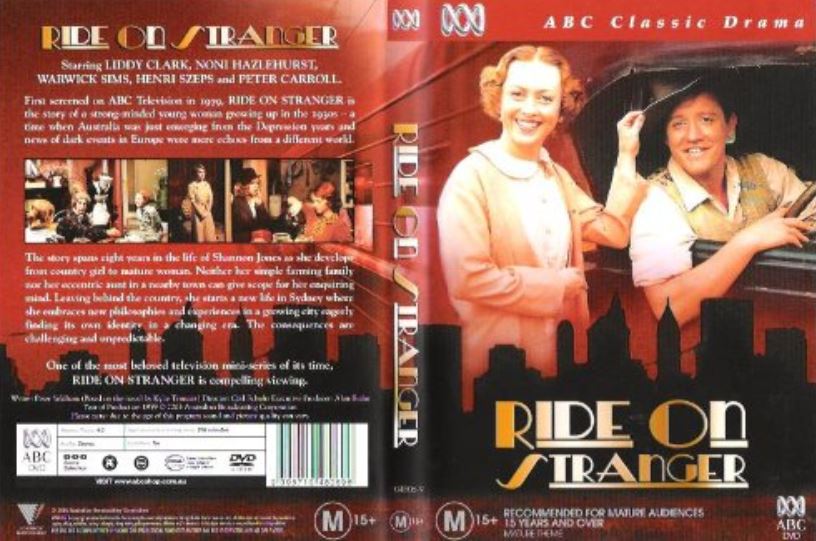 Ride On Stranger is the story of a strong-minded young woman growing up in the 1930s – a time when Australia was just emerging from the Depression years and news of dark events in Europe were mere echoes from a different world. The story spans eight years in the life of Shannon Jones, as she develops from country girl to mature woman. Neither her simple farming family nor her eccentric aunt in a nearby town can give scope for her enquiring mind. Leaving behind the country she starts a new life in Sydney where she embraces new philosophies and experiences in a growing city eagerly finding its own identity in a changing era. The consequences are challenging and unpredictable. One of the most beloved television mini-series of its time, Ride On Stranger is compelling viewing.