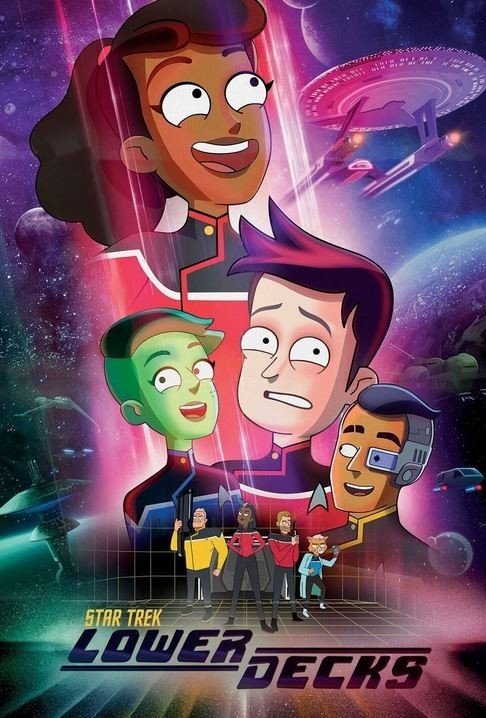 "Star Trek: Lower Decks" focuses on the support crew serving on one of Starfleet’s least important ships, the USS Cerritos, in 2380. Ensigns Mariner, Boimler, Rutherford and Tendi must keep up with their duties and their social lives, often while the ship is being rocked by a multitude of sci-fi anomalies. The ship’s bridge crew includes Captain Carol Freeman, Commander Jack Ransom, Lieutenant Shaxs and Doctor T’Ana. This is the second animated spin-off in the franchise after 1973-74’s "Star Trek: The Animated Series," but has a decidedly more adult tone and humor.