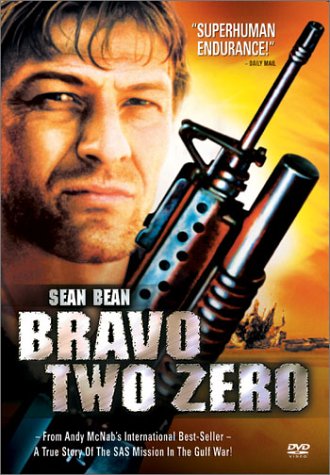 This is the true story of the most highly decorated British patrol since the Boer war: an eight man SAS team inserted behind Iraqi lines during the Gulf War in January 1991. Their mission was to take out the scud missiles which Saddam Hussein was using to terrorize his enemies, as well as to sever strategic communication lines between Baghdad and North West Iraq. This top secret mission was called "Bravo Two Zero" and it was commanded by Sergeant Andy McNab. Of the eight who went out, only five returned. Dropped into "scud alley" carrying 210-pound packs, McNab and his men soon found themselves surrounded by Saddam’s army. Their radios didn’t work; the weather was brutally cold. And they had been spotted