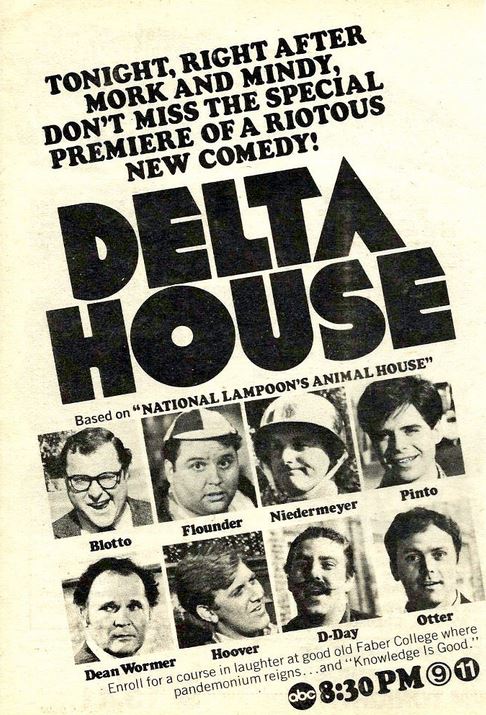 The raucous exploits of Faber College’s Delta House Fraternity in 1962.

Cast members reprising their roles from Animal House included John Vernon (Dean Wormer), Stephen Furst (Flounder), Bruce McGill (D-Day), and James Widdoes (Hoover). Priscilla Lauris, who played Dean Wormer’s secretary in the movie, also returned to reprise her role, and her character was given a name (Miss Leonard). Josh Mostel was cast as Jim "Blotto" Blutarsky, brother of Bluto, the character played in the film by John Belushi. Despite Bluto’s absence, the scriptwriters made running references to his character. In one episode, Blotto announced that he’d received a letter from his brother Bluto, prompting a Delta brother to respond "I didn’t know Bluto could write," and another Delta brother to riposte, "I didn’t know Blotto could read."