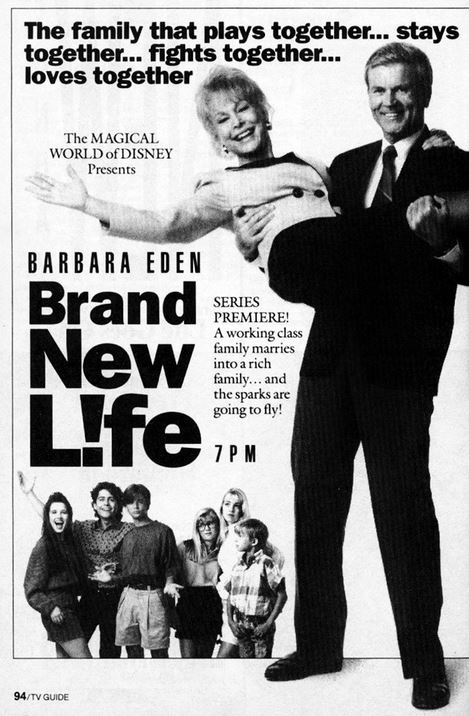 A Brand New Life centered on a millionaire father of three (Don Murray) who fell in love with and married a sweet blue-collar waitress (Barbara Eden) with her own three kids. They combined families in Murray’s Bel-Air mansion in this Disney TV movie which led to a one-hour comedy series. Murray’s kids (Byron Thames and Shawnee Smith; another son was away at boarding school) had been brought up free-spirited and liberal, while Eden’s kids were used to a close-knit, conservative upbringing.