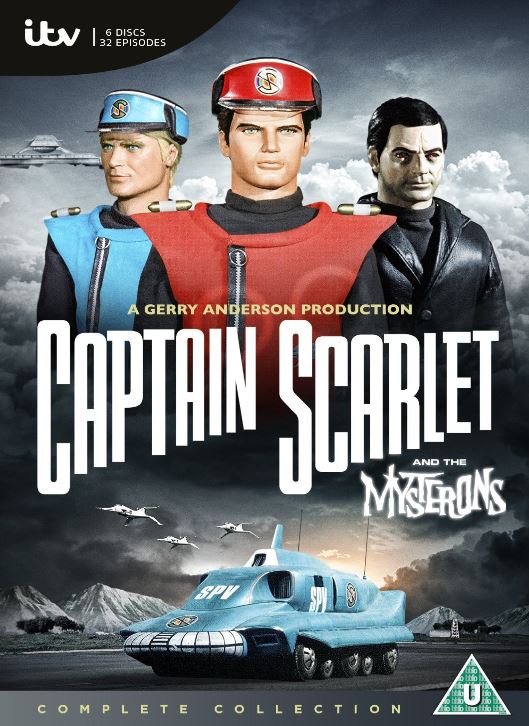 Fate made him indestructible. Courage made him a hero.

In the year 2068, Earth’s greatest defense team, Spectrum, is tasked with fighting a cosmic battle against an ancient race from the planet Mars: the sinister Mysterons. Possessing the ability to recreate the exact likeness of any object or person they destroy, the evil aliens set their sights on Spectrum’s number one agent- the intrepid Captain Scarlet. But when their initial attack on Scarlet fails, the Mysterons discover they have awoken what will be their most dangerous enemy. Obtaining the Mysterons’ special power of retro-metabolism, Captain Scarlet has been rendered virtually invulnerable.and completely unstoppable in his quest to protect the Earth from any attack.