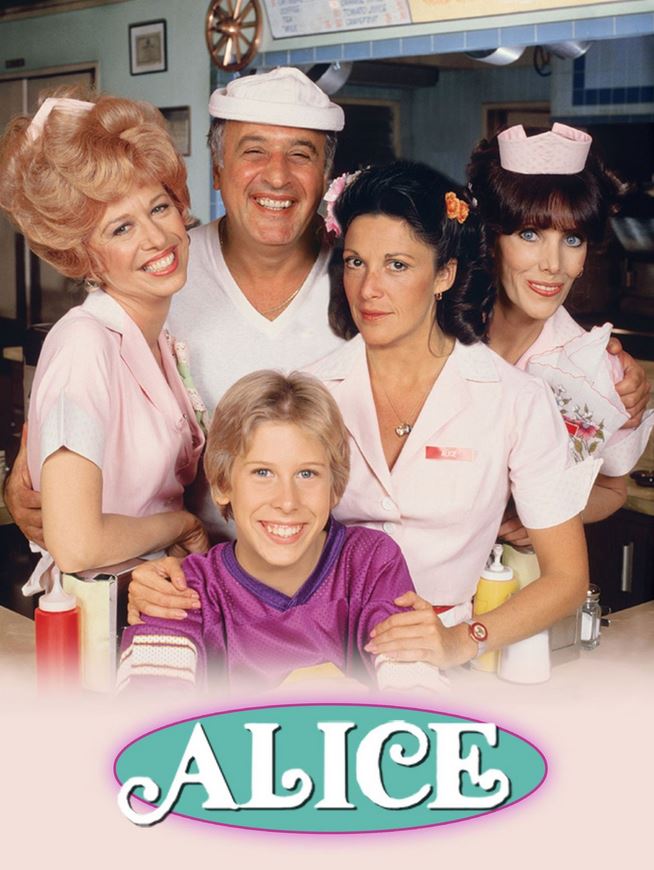 A greasy-spoon diner in Phoenix, Arizona is the setting for this long-running series. The title character, Alice Hyatt, is an aspiring singer who arrives in Phoenix with her teenaged son, Tommy, after the death of her truck-driver husband. Alice is hired at a diner owned by Mel Sharples, a gravel-voiced, male-chauvinist fry cook. She works at Mel’s Diner as a waitress while awaiting her big break at fame. Alice’s fellow waitresses are the raucous, red-headed Flo and the naive, temperamental, less attractive Vera. Flo is later replaced by Belle, a Southern blonde, who is herself soon replaced by the spunky, curly-haired Jolene. Alice and her friends experience several interesting years together at Mel’s Diner, which is frequented by quirky truck drivers, repairmen, and other blue collar types and by several Hollywood celebrities, who appear as themselves