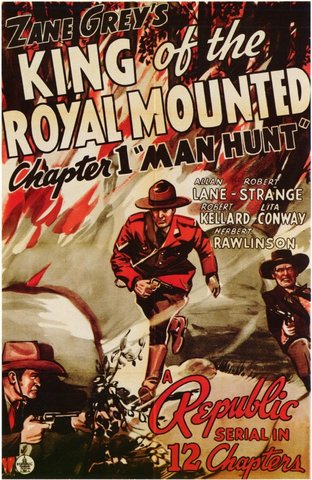 Canadian Tom Merritt has discovered a substance, Compound X, that will cure infantile paralysis, which he extracts from a mine at Caribou, Canada. A country at war with Canada (unnamed because while Canada and the British Empire were at war with Germany, the USA "officially" wasn’t in 1940) discovers that Compound X also contains magnetic properties which will make their mines effective against the British fleet, and dispatch one of their intelligence officers, John Kettler, to work undercover to ensure a steady stream of Compound X for the Fatherland. RCMP Major Ross King is killed in a fray against Kettler’s henchmen, and his son, RCMP Sergeant Dave King continues on in his place in command of the Mountie post. The foreign agents open a "sham" sanitarium, supposedly to help paralysis victims, but actually to ship the gathered quantities of Compound X abroad to their warring country. Sergeant King discovers the fraud and exposes "Dr. Shelton", the sham head of the hospital.