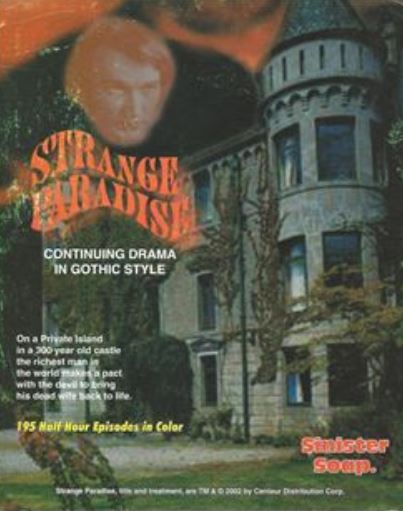 A Gothic soap opera that took place on a small Caribbean island, Strange Paradise featured the occult in the story of wealthy but cursed Jean Paul Desmond who resided in his castle Maljardin with his servants Raxl, a voodoo priestess, and Quito, a mute strongman. When the series began, he was mourning the deaths of his wife Erica and their unborn child. His desire to bring his wife back to life resulted in more tragedy. Eventually Maljardin burned down and the action moved to Desmond Hall, the family home somewhere in the United States, and many new characters were introduced.