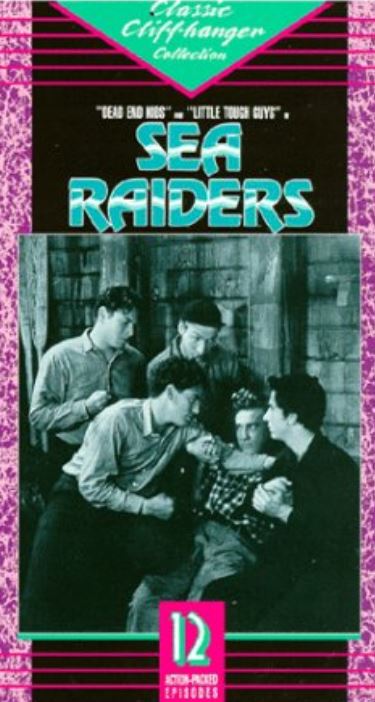 The Sea Raiders, a band of foreign agents, led by Carl Tonjes and Elliott Carlton, blow up a freighter on which Billy Adams and Toby Nelson are stowaways, seeking to avoid Brack Warren, a harbor patrol officer assigned to guard a new type of torpedo boat built by Billy’s brother, Tom Adams. Intended targets or not, getting blown up does not set well with Billy and Toby and, together with their gang coupled with the members of the Little Tough Guys, they find the Sea Raiders’ island hideout, investigate the seacoast underground arsenal of these saboteurs, get blasted from the air, dragged to their doom, become victims of the storm, entombed in a tunnel and even periled by a panther before they don the uniforms of some captured Sea Raiders and board a yacht that serves as headquarters for the Raiders.