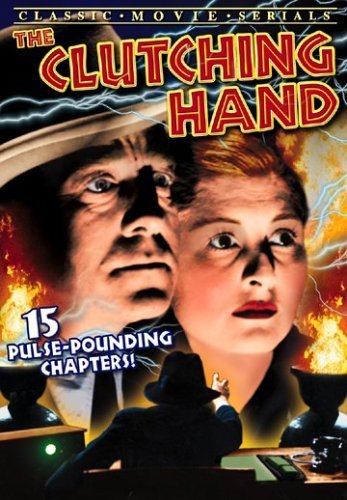 This Weiss Serials Production film, ("Presented" by George M. Merrick who also co-wrote the screenplay and was the production manager), with the working title of "The Amazing Exploits of the Clutching Hand" but the actual release title on the film and all the printed material related to it was "The Clutching Hand", was loosely based on a novel by "Craig Kennedy" creator Arthur B. Reeve, and was also released as a feature in addition to the 15 chapter serial, both of which were originally distributed by Stage and Screen Productions, Inc. In Chapter 1, ("Who is the Clutching Hand?"), Doctor Paul Gironda announces he has discovered a formula for the manufacture of synthetic gold. The International Research Foundation agrees to financially help him develop his formula. Just before the Board of Directors arrive at Gironda’s laboratory to witness his achievement, he is heard screaming, and mysteriously disappears before help arrives.