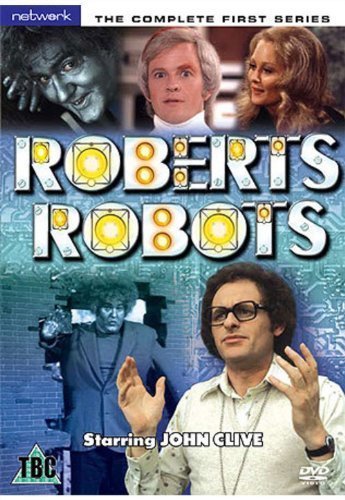 Brilliant inventor Robert Sommerby is head of a research establishment that is engaged in a very special secret project: the development of robots. Far from the crude, lumbering, steelc-lawed automatons of sci-fi films, Robert’s robots are humanoid in appearance and ultrasophisticated in design, with highly developed electronic brains, fast reflexes and smooth, natural movement. Naturally, there are personality clashes; Eric is Robert’s most advanced robot, who thinks humans are quite disgusting with their revolting habits like eating, while K.T. (aka Katie) is big, strong, and very stupid – he has a tendency to walk through doors and is generally kept away from guests. The eccentric Robert encounters all sorts of problems – not least, the devious activities of Marken, head of an acquisitive electronics company, and his seedy private eye, Gimble, who will try anything to discover Robert’s secret project. But he has his doting Aunt Millie and lovely fiancée Angela to help out, and he s just about tolerated by at least some of his robots – who are fair-minded enough to concede that he is, after all, only human! From Bob Block, the creator of Rentaghost, Roberts Robots stars John Clive as Robert and Magpie presenter Jenny Hanley as Angela…