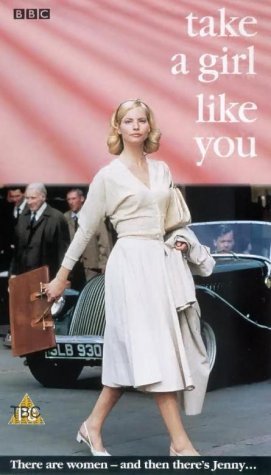 The novel opens with Jenny Bunn’s arrival at her lodging-house. She’s a young, strikingly beautiful, provincial Northern woman who has moved to a London suburb to take her first teaching job. Jenny has rented a room in the home of a middle-aged couple, Dick and Martha Thompson. Dick Thompson, is apparently some sort of an auctioneer and his wife Martha Thompson is bored, cynical, and openly suspicious of attractive young Jenny. The Thompsons’ other lodger, Anna, is apparently French. Jenny soon meets Patrick Standish, an acquaintance of the Thompsons, who is immediately attracted to her. Patrick takes Jenny on a date to what seems to her to be a fashionable, upmarket Italian restaurant, but which Amis makes clear is a classless suburban pseudo-Italianate place. Impressed, Jenny lets Patrick take her back to the house he shares with Graham, an unattractive Scottish schoolmaster. Heavy petting ensues and Patrick assumes that Jenny will sleep with him, but instead she rebuffs him and …