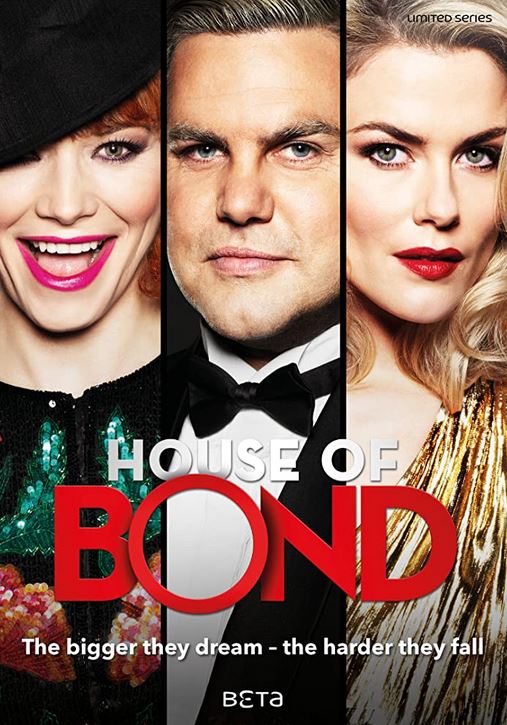 House of Bond tells the rags-to-riches-to-rags tale of controversial business tycoon Alan Bond from the 1960s to the 1990s. It follows the story of a cheeky, knockabout "Ten Pound Pom" who fought his way from the back alleys of Fremantle to become the richest man in Australia and one of the country’s greatest sporting heroes. "Bondy" was a man with an insatiable appetite for the excesses of life: women, fame, money, crime and everything between. But Bond’s ego, greed and ambition saw him overreach beyond all measure until his empire collapsed, leaving him as the country’s greatest villain with the biggest ever bankruptcy. House of Bond is the story of the man who defined the 1980s by dreaming big and rewriting the rule book as a hero and a villain.