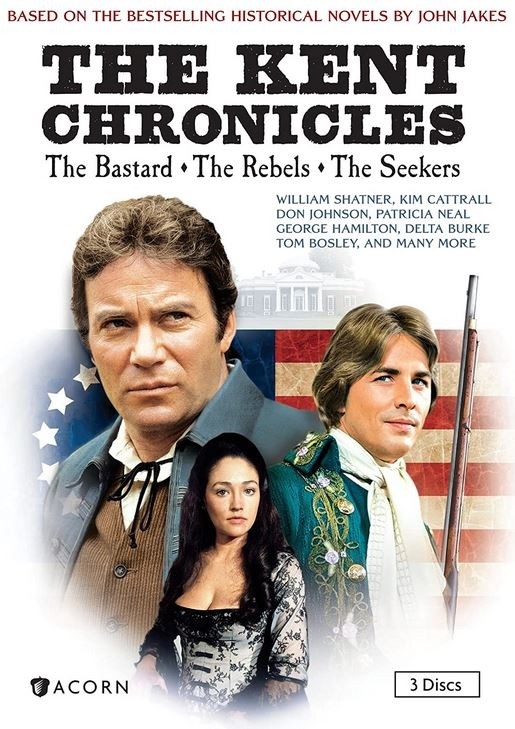 Nominated for two Emmys® and a Golden Globe®

Filled with adventure and romance, these three miniseries chronicle the saga of the Kent family in early America. In The Bastard, Frenchman Phillipe Charboneau adopts a new identity as Philip Kent in the colonies. In The Rebels, Kent fights in the War of Independence and strikes up a friendship with a dashing and reckless Virginian (Don Johnson, Miami Vice). The Seekers completes the story as Philip’s sons and grandson forge a life on the western frontier and fight in the War of 1812. Also starring Patricia Neal (Breakfast at Tiffany’s), George Hamilton (Where the Boys Are), Olivia Hussey (Romeo & Juliet), Delta Burke (Designing Women), and Kim Cattrall (Sex and the City).