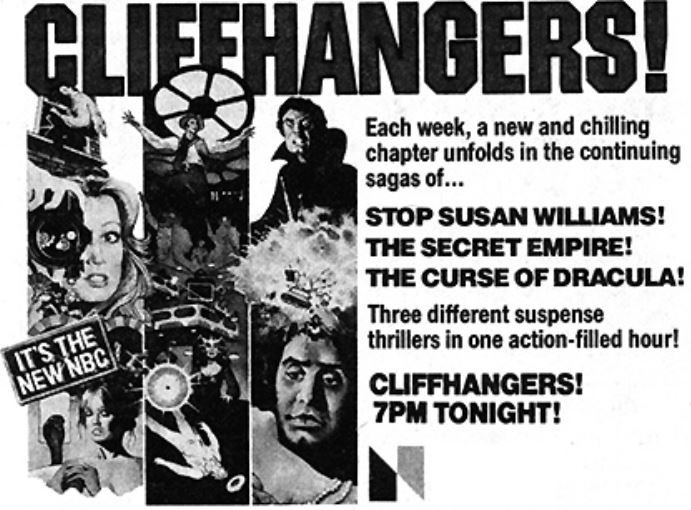 Cliffhangers attempted to revive the genre of movie serials in a made-for-TV format. Each hour-long episode was divided into three 20-minute (including commercials) segments featuring different storylines. During the series’ run, three serials were featured – a mystery, a science fiction/western hybrid, and a horror story:[1]

– "Stop Susan Williams": Susan Anton stars as a beautiful TV journalist investigating the murder of her brother, and stumbling on a vast international conspiracy. This featured series drama also co-starred Ray Walston.
– "The Secret Empire": the adventures of a U.S. Marshal (Geoffrey Scott) in the Old West who stumbles upon a futuristic underground city run by aliens.
– "The Curse of Dracula": starring Michael Nouri as Count Dracula, who is living undercover as a college teacher in 1979 San Francisco.