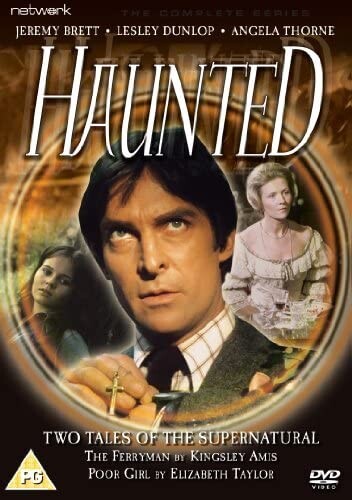 Featuring the directorial talents of John Irvin and Michael Apted, and adapted by noted screenwriters Michael Chapman and Julian Bond, these two single plays dramatise spine-chilling tales in which unsuspecting characters are plunged into the realm of the supernatural. Originally airing over the Christmas period in 1974.

Kingsley Amis’s The Ferryman stars Jeremy Brett as a young writer who escapes for a weekend in the country, only to find that his hotel increasingly comes to bear a resemblance to the setting of his bestselling novel; bafflement turns to alarm as he realises he may have to face the terrifying climax of his own story.

Elizabeth Taylor’s Poor Girl is the story of an Edwardian governess who leaves home to take up her first post as a governess, but finds herself trapped in a house whose strange forces threaten to engulf her.