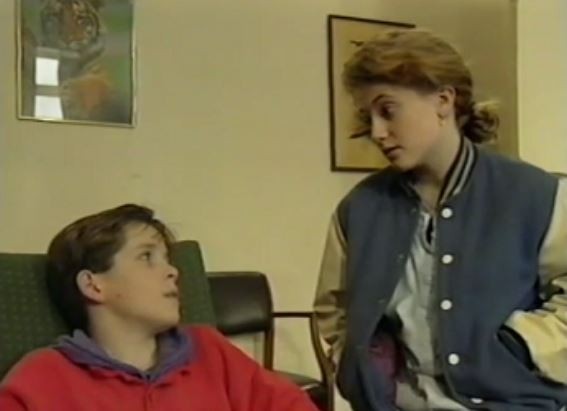 Dodgem is a British TV drama that aired for six episodes in 1991. The series follows Simon Leighton (Sean Maguire) as he enters a children’s home because his father is reeling over the death of Simon’s mother and unable to care for Simon. Abandoned by his father, Simon’s only friend is a wild girl, Rose Penfold (Lucy Speed), who also lives at the children’s home. In 1992, the series won a RTS Television Award for Best Children’s – Drama and Light Entertainment.