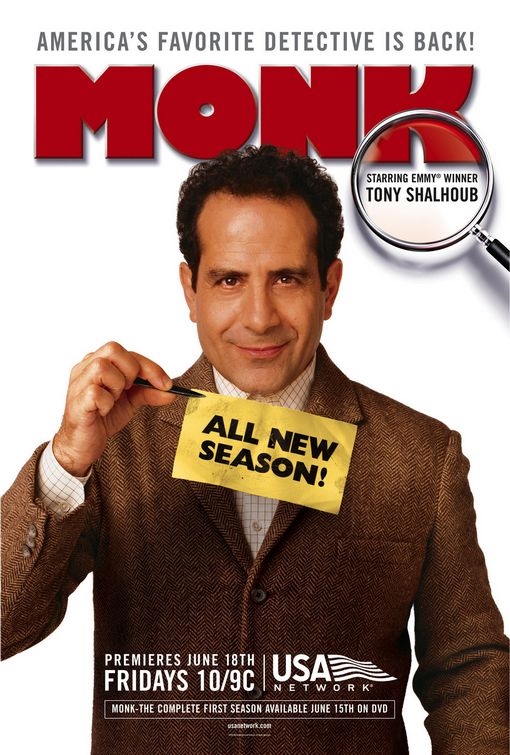 Former police detective Adrian Monk (Tony Shalhoub) has suffered from intensified obsessive- compulsive disorder and a variety of phobias since the murder of his wife, Trudy, in 1997. Despite his photographic memory and his amazing ability to piece tiny clues together, he is now on psychiatric leave from the San Francisco Police Department. Aided by his friend and practical nurse, Sharona Fleming (Bitty Schram), Monk works as a freelance detective/consultant, hoping to convince his former boss, Captain Stottlemeyer (Ted Levine), to allow him to return to the force. Stottlemeyer wavers between admiration for Monk and annoyance at his eccentricities. Moreover, he harbors serious doubts about the wisdom of allowing Monk to carry a gun. Stottlemeyer’s second-in-command, Lieutenant Disher (Jason Gray-Stanford), also has his doubts about Monk but seems to be developing a reluctant admiration for the "defective detective."