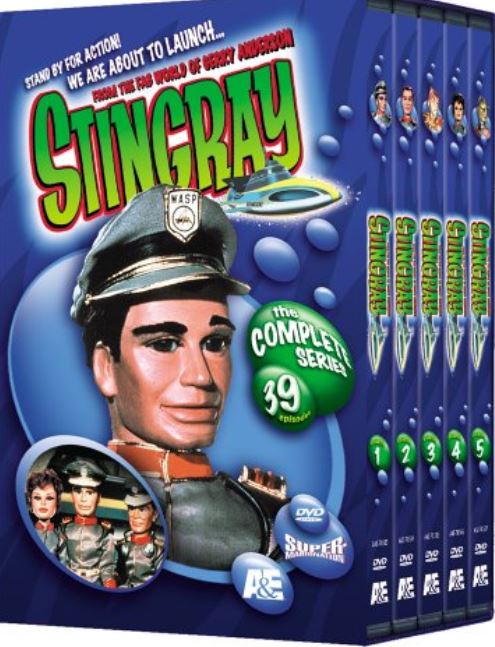 Gerry Anderson’s third SF supermarionation saga told the adventures of the WASPs (the World Aquanaut Security Patrol) as they explored the oceans and kept the world safe from a variety of perils. The WASP’s main weapon was Stingray, a super-sub under the command of Troy Tempest. Troy’s copilot was Phones, and they were often joined on missions by Marina, a princess of the undersea kingdom of Pacifica. Marina could breathe under water, but was unable to speak. In charge of the WASPs was gruff Commander Shore, whose daughter Atlanta was both a member of his staff and Marina’s rival for Troy’s affection.