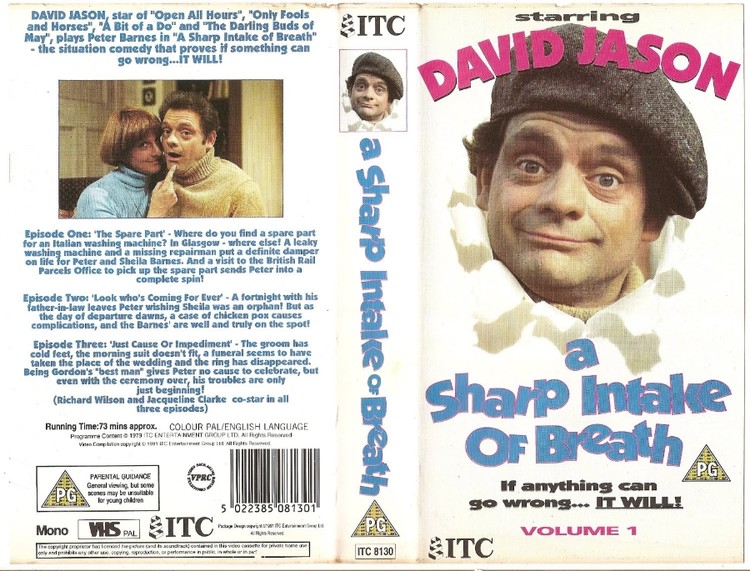 A Sharp Intake of Breath is a British sitcom starring David Jason, Jacqueline Clarke, Richard Wilson and Alun Armstrong which ran from 1977 to 1981. It was made for the ITV network by ATV. The opening titles featured cartoons by Mel Calman.
Jason played an everyman character called Peter Barnes and Jacqueline Clarke played his wife Sheila. Wilson and Armstrong played a range of petty officials and bureaucrats whose actions frustrated Barnes’ attempts to deal with the necessities of everyday life. The title A Sharp Intake of Breath refers to the reactions of various characters to seemingly simple requests by Peter, generally followed by a denial.