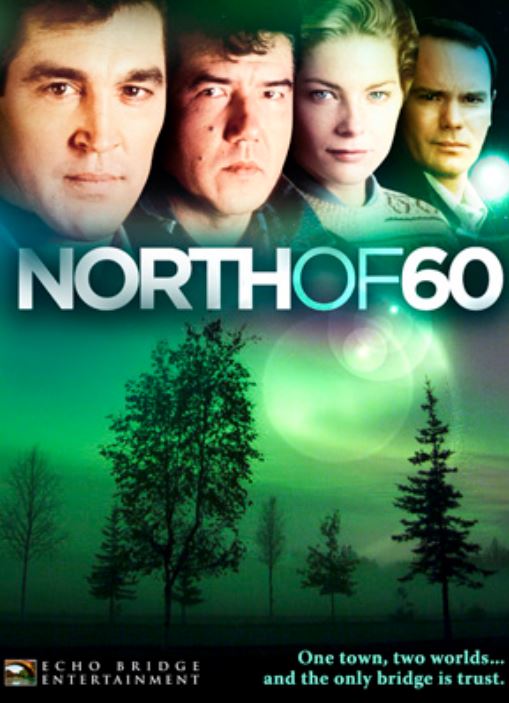 North of 60 is a mid-1990s Canadian television series depicting life in the sub-Arctic northern boreal forest (north of 60′ north latitude, hence the title). It first aired on CBC Television in 1992 and was syndicated around the world. It is set in the fictional community of Lynx River, a primarily Native-run town depicted as being in the Dehcho Region, Northwest Territories. Most of the characters were Dene. Some non-native characters had important roles: the restaurant/motel owner, the band manager, the nurse and (during the show’s first season) the town’s main RCMP officer. The show explored themes of Native poverty, alcoholism, cultural preservation and conflict over land settlements and natural resource exploitation.