The series is entirely unconnected with the first, and was broadcast in 2011.[1] It concerns the retrial of Alan Lane, who was convicted five years earlier of the murder of three women whom he’d met through an Internet dating site. John Mallory QC acts for the prosecution; Emma Watts QC, for the defence. The jurors include Paul Brierly, a single man looking after his mother; Katherine Bulmore, a teacher who has had an affair with a 17-year old pupil; Tahir Takana, a Sudanese immigrant waiting to get a visa to join his brother in the US; Lucy Cartwright, the assistant of businesswoman Theresa Vestry and takes Theresa’s place on the jury; Rashid, a quiet young man with Asperger’s Syndrome, who lives with his parents; Kristina Bamford, a lonely woman; and Ann Skailes, a devout Christian.

The lives of 12 people are turned upside down when they are summoned for jury duty in a controversial murder retrial. New evidence has come to light calling into question the conviction of Alan Lane, who was found guilty almost five years previously of killing three women he met on the internet. Julie Walters stars as defence barrister Emma Watts, with Roger Allam, John Lynch and Steven Mackintosh.

John Mallory calls his witnesses to the stand, before the evidence against Lane is examined and argued by Watts. The jurors’ complicated lives unfold as the mysterious woman tells Paul she was a member of the jury in the original trial, lonely Kristina creates an internet dating profile, and Lane writes back to Ann..[2]

Watts cross-examines Howson, the man in charge of the investigation into Alan Lane, Tahir tells Jeffrey about his experience in Sudan, and Paul and Tasha grow closer over lunch. Katherine prepares to make a big decision and Kristina gets out of her depth when she goes to meet her internet date

Lane takes the stand, Jeffrey waits anxiously as Tahir finds out about his US visa, and Tasha tells Paul some shocking facts about the collapse of the first trial. The jurors retire to consider their verdict and Rashid stands up to his bullies.

Paul tells the other members of the jury what he knows as they struggle to reach a majority verdict, while Lane and Watts anxiously await the outcome. Rashid gives Paul information that makes him question everything, and Tasha has some explaining to do when the jurors’ decision is delivered.

END_OF_DOCUMENT_TOKEN_TO_BE_REPLACED

Take an unprecedented look behind-the-bars of some the toughest, meanest and most daunting jails in the US.

Find out what goes on inside America’s most dangerous prisons. Visit the institutions where hardened criminals try to break all the rules every day and meet the prison officers who try to keep them in line.

Discover the stories behind the inmates who are kept there. For some, life on the inside is all they know. For others, only thoughts of their loved ones keep them on the right track. And for those who want to go straight, their biggest challenge comes when they try to make a new life on the outside.

There are as many people incarcerated in US prisons as there are residents in Brisbane. Plunge head-first into the gritty world of America’s most dangerous prisons where gangbangers and hotheads face off with prison officers struggling to maintain order. Only the strong survive here.

END_OF_DOCUMENT_TOKEN_TO_BE_REPLACED

The lives and work of the staff of an inner city police precinct.

END_OF_DOCUMENT_TOKEN_TO_BE_REPLACED

Gilmore Girls COMPLETE S 1-7 + A Year In The Life

Gilmore Girls COMPLETE S 1-7 + A Year In The Life

Set in a storybook Connecticut town populated with an eclectic mix of everyday folks and lovable lunatics, Gilmore Girls is a humorous multigenerational series about friendship, family and the ties that bind. Thirtysomething Lorelai Gilmore (Lauren Graham) has made her share of mistakes in life, but she has been doing her best to see that her college-bound daughter – and best friend in the world – Rory (Alexis Bledel), doesn’t follow in her footsteps. That may be easier said than done, considering that the two share the same interests, the same intellect, the same coffee addiction and the same eyes. Rory is more serious than Lorelai, but there are tendencies, especially in the love department, that clearly indicate she is her mother’s daughter. From the beginning, this unique mother-daughter team has been growing up together. Lorelai was just Rory’s age when she became pregnant and made the tough decision to raise her baby alone. Gilmore Girls was the first series to make it to air supported by the Family Friendly Forum’s script development fund. An initiative between some of the nation’s top advertisers and The WB, the program is intended to offer a greater array of compelling family programming on network television. The strong and loving mother-daughter relationship portrayed in Gilmore Girls reflects the growing reality of this new type of American family

A Year In The Life
Set nearly a decade after the finale of the original series, this revival follows Lorelai, Rory and Emily Gilmore through four seasons of change.

END_OF_DOCUMENT_TOKEN_TO_BE_REPLACED

Set against the beautiful tropical landscape of Honolulu, Hawaii, this series centered around the cases of Hawaiian Eye Private Investigations and the two handsome, slick, tough-guy detectives who ran the firm – Thomas Jefferson Lopaka, or Tom for short, and Tracy Steele, a Korean War veteran and former city police detective. They operated out of a swank office at the Hawaiian Village Hotel, where they were also the house detectives. Assisting them occasionally was a funny, ukulele-strumming Hawaiian taxi driver named Kazuo Kim, whose wardrobe – consisting of a straw hat and crazy Hawaiian shirts – and numerous relatives living all over the Hawaiian Islands willing to help his employers if they needed it, provided invaluable comic relief. They were also aided by a dim-bulbed, scatter-brained, flippant nightclub singer and photographer named Chryseis "Cricket" Blake. Later joining the team was private eye Greg MacKenzie…

END_OF_DOCUMENT_TOKEN_TO_BE_REPLACED

At the beginning of the first episode, Rachel Green comes in wearing a wedding dress after leaving her fiancé at the altar. Rachel has had jobs at Central Perk, Bloomingdale’s, and Ralph Lauren. She has a baby with Ross Geller and they decide to keep the baby. Ross Geller is a paleontologist, and has had three wives. His first wife, Carol, finds out she is a lesbian and is pregnant with his baby. His second wife, Emily, is crushed when he accidentally calls her Rachel. Ross and Rachel get married while both are drunk. Ross’s sister, and Rachel’s best friend, Monica Geller is a chef who eventually marries Chandler Bing. Chandler is Ross’s best friend, and secretly dated his sister for about 6-7 months. Monica and Chandler want to have a baby after Rachel has hers, but they can’t have any. They decide to adopt a baby. They are shocked to find out that the pregnant mother is having twins. Chandler’s former roommate…

END_OF_DOCUMENT_TOKEN_TO_BE_REPLACED

British writer-producers Beverly and Sean Lincoln (Tamsin Greig and Stephen Mangan), have a wonderful marriage and a hit TV series to their credit. Things couldn’t be better. Until Merc Lapidus (John Pankow), a Hollywood network executive, gushes over their series at a gala. Merc is certain that a remake of the show will go over well with an American audience. After making the Lincolns a lucrative offer, they pack up and ship out to the States. It doesn’t take long for them to figure out that Hollywood is a place where deals are made and broken in the same breath. They soon find themselves holding on tight as creative control of their show starts to slip away from their hands. Merc ultimately dismisses the original star, an elder, distinguished, gentleman, for ‘Friends’ actor ‘Matt LeBlanc’ , a charming, yet manipulative beast, with a grocery list of demands…

END_OF_DOCUMENT_TOKEN_TO_BE_REPLACED 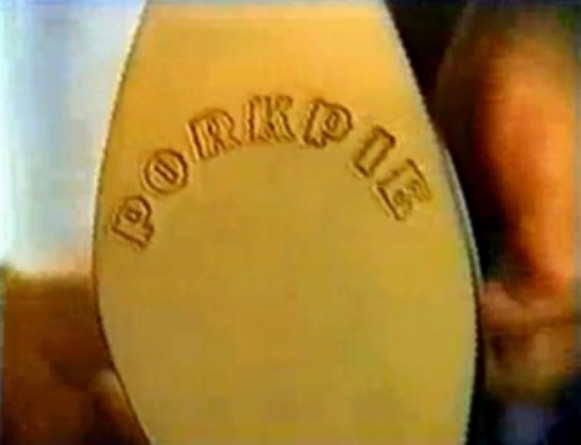 Following the end of the highly successful Desmond’s, life in Peckham continues. In the first episode, after the reading of the will of his late friend Desmond Ambrose (Norman Beaton), Augustus "Porkpie" Grant, a former employee at the Ford Motor Company is now a lollipop man. He borrows a pound from Michael (Desmond’s son) and buys a lottery ticket. The ticket turns out to be a winner and Porkpie (as he is always called by friends) suddenly finds himself with a fortune of ten million pounds. However, before he announces that he has won he gives Michael a pound back, so he cannot have any claims to the money. He moves out of his flat into a home and also hires a chauffeur to drive him around in his new car, a Ford Escort (Porkpie explains that he bought one because "I always wanted one of these, I could never afford one, not even with the staff discount"). As time (and the series move on) Porkpie goes through various situations and learns whom he can and cannot trust now he is a millionaire.